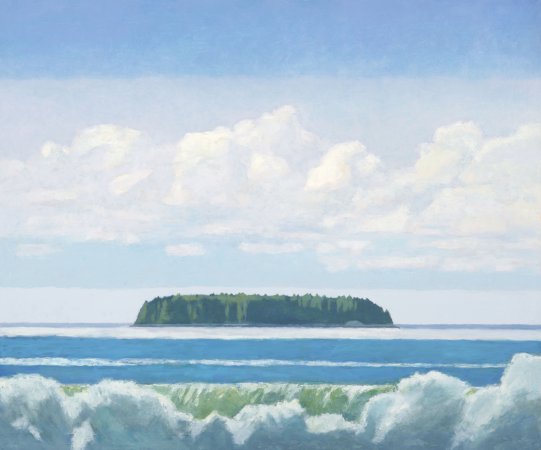 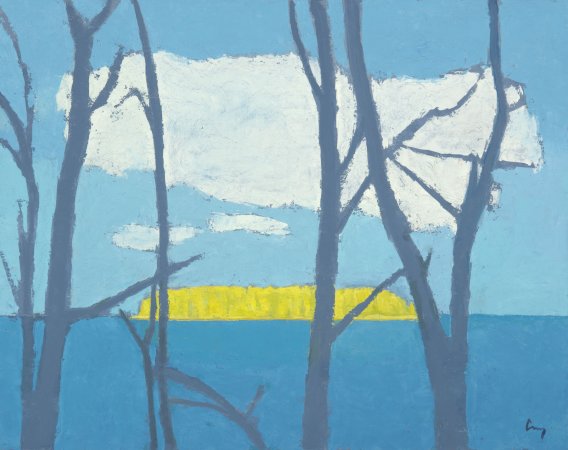 Tom Curry is a noted landscape painter who paints both "the raw, wild places and the small villages and harbors" near his studio in Brooklin, Maine. Curry studied painting at the Rhode Island School of Design, Yale School of Fine Art and University of Massachusetts.

His work has been featured in publications such as the Island Journal, The Boston Globe, The New Yorker, Art New England, Down East, Ellsworth American and on the cover of the book East Hope (Penguin Books, 2009). Curry's works are held in the collections of the Delaware Art Museum, Wheaton College Art Museum, U.S. State Department, Federal Reserve Bank, Boston Red Sox, Putnam Investments, Fidelity Investments and General Electric.

A plein air painter, Curry is drawn to work outdoors "where I can be in direct contact with the clear, searing light or dense fog, the heat of the sun or a frigid wind, the sounds of crickets or distant drone of a fishing boat, the smell of salt." He frequently revisits the small island of Chatto, which has become the subject of more than 60 paintings. The series has been captured in his first monograph, Island: Paintings by Tom Curry, published by Down East Books in 2012 and 2019.