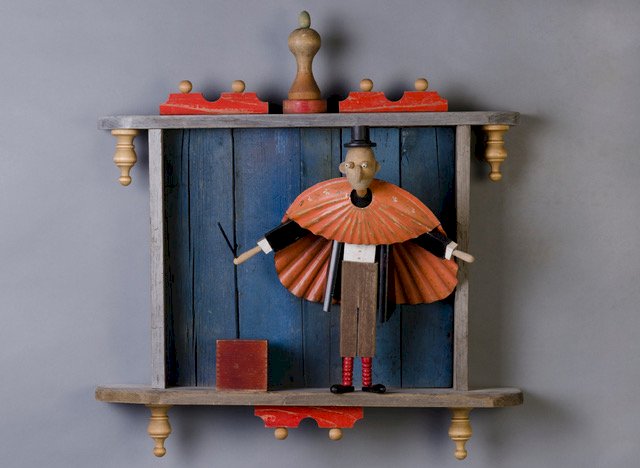 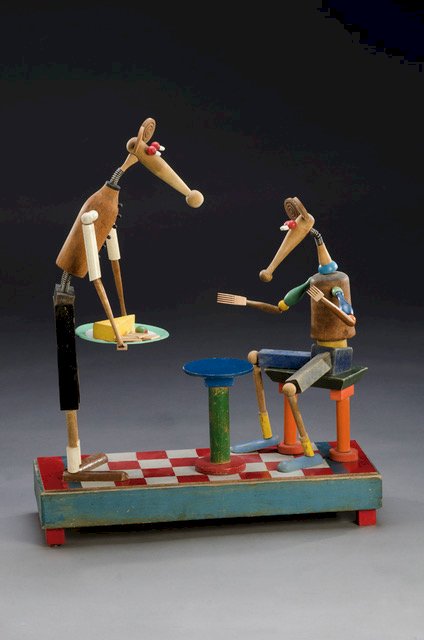 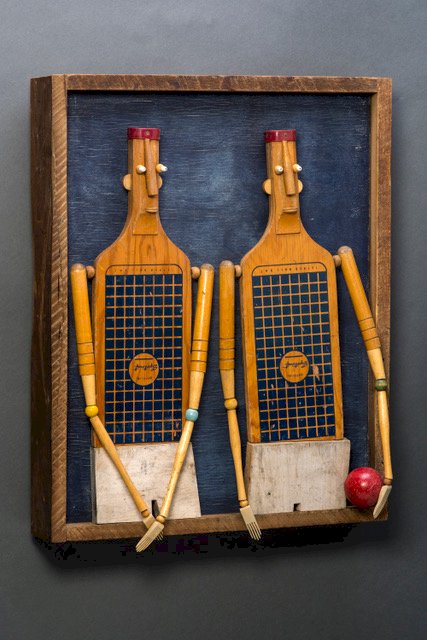 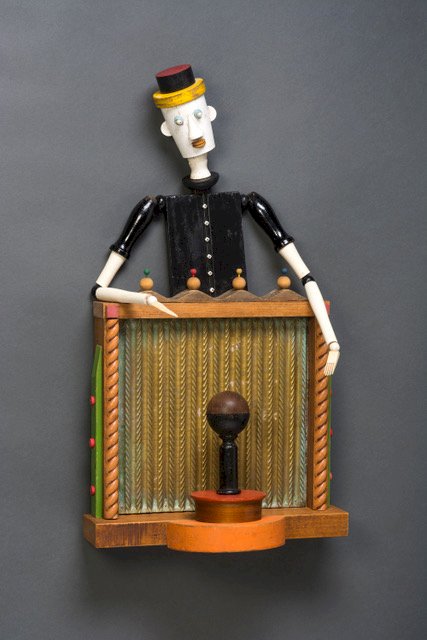 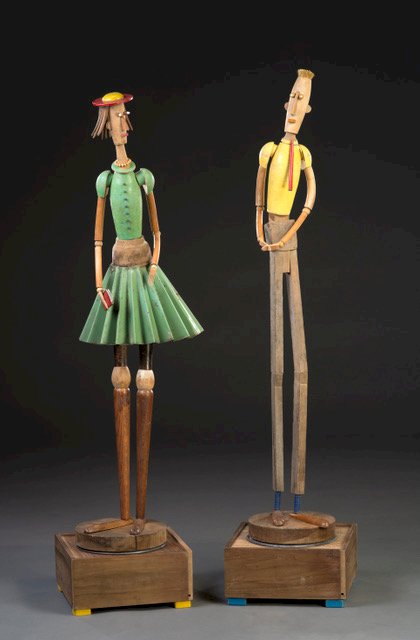 Michael Stasiuk is a multimedia sculptor who lives and works in Portsmouth, NH. Michael works with a child-like sensibility which has been fueled by many years of teaching and collaborating with children and adults. He has been a theatrical Prop Master for the Mudd Butt Mystery Theatre Troupe in Telluride, Colorado for 28 years. The last 23 have included residencies collaborating with children and adults around the world bringing characters of all sizes to life in a variety of materials.

“I am an animator of objects. I work figuratively giving a new sense of context to otherwise commonplace or discarded items. The items I choose evoke a nostalgia and a sense of memory.  My process is creating inventive but simple joinery between materials, mostly wood, metal and fiber.”