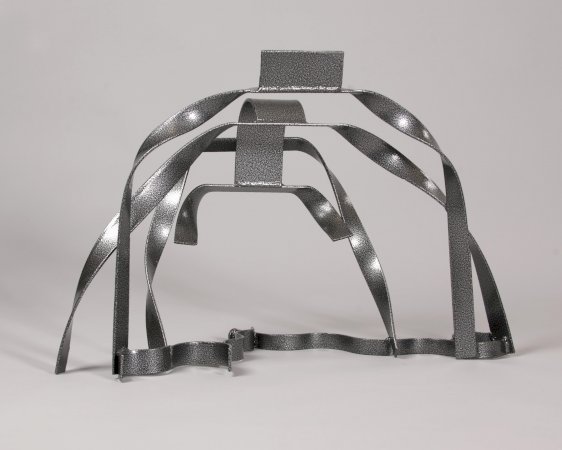 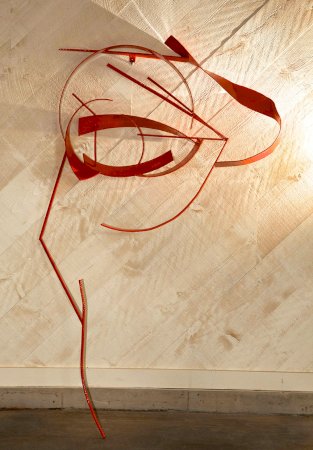 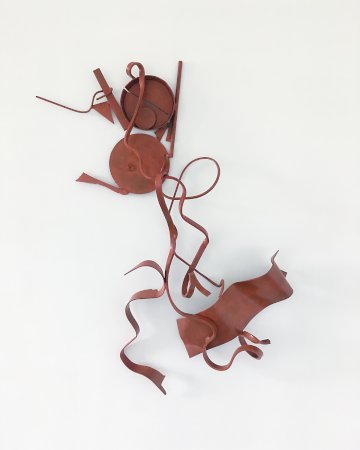 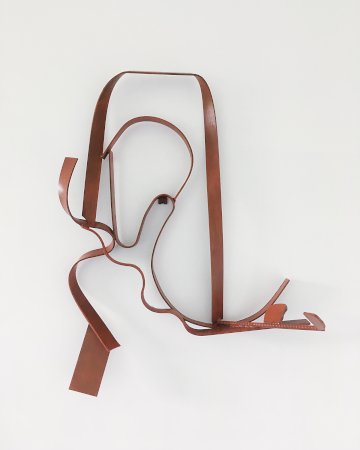 James Wolfe (b. 1944) creates abstract painted and powder coated steel sculptures from his home and studio in Northport, Maine.

He has received awards from the National Endowment for the Arts and the Saint-Gaudens Foundation.

Art critic and curator, Karen Wilkin, described his work in the catalogue for his solo exhibition at the New York Studio School of Drawing, Painting & Sculpture in July 2014:

“James Wolfe is a master of construction in steel. His distinctive linear, drawing-like sculptures, with their delicate flourishes and emphatic bold strokes, are para­digms of what can be done with this once transgressive material. . . . . Wolfe’s recent works seem to have come about effortlessly, to have ar­rived at their ultimate configurations inevitably. Or, to change metaphors, his cursive, rhythmic constructions seem to unspool before us like the eloquent calligraphy of some unknown language—weightless, fluid, entirely specific but hard to pin down. Wolfe’s occasional use of intense chromatic color emphasizes these qualities, further disembodying the steel and forcing us to con­centrate on contours and rhythms. Similarly, the way his wall-mounted sculptures play off the flat plane behind them enhances their declaration of movement and what can only be called their individual personalities.”