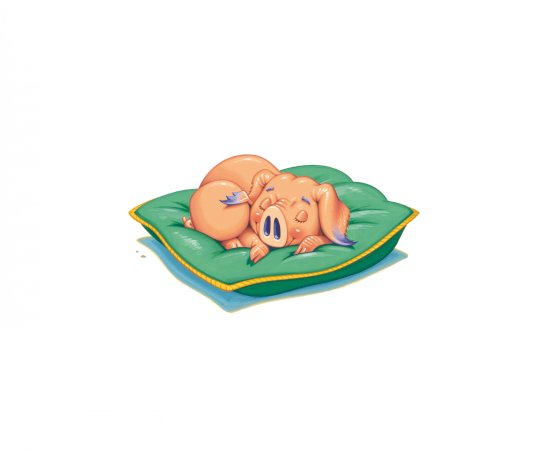 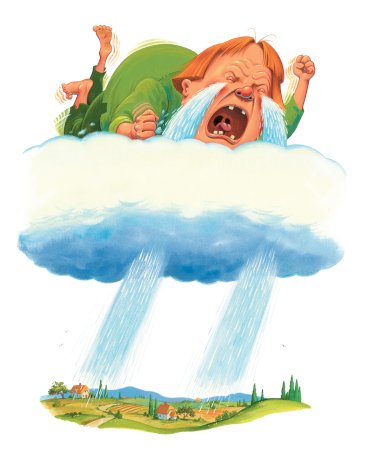 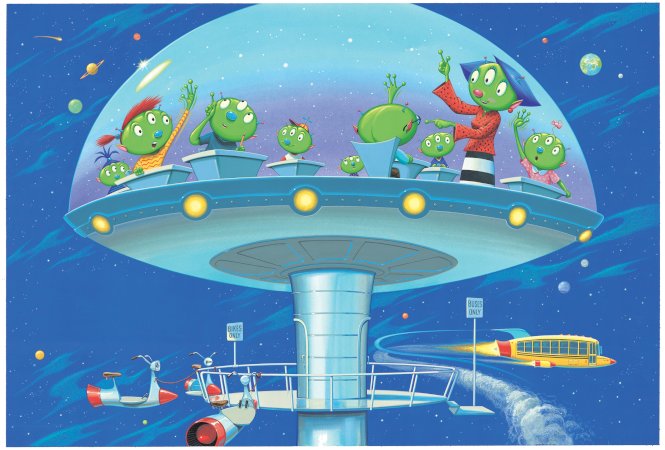 Chris Van Dusen is a Children's Book illustrator and author based in Camden, Maine. We are featuring Van Dusens original illustrations from three books, A Piglet Named Mercy, Even Monsters Go to School, and Even Monsters Need to Sleep.

"I was born in Portland, Maine on St. Patrick’s Day, 1960. As a child, my brothers and I would spend hours drawing pictures. We didn’t have video games or computers to entertain us, so we drew instead. One of my brothers would sketch intricate war scenes. Another would draw animals so realistic you’d swear they were breathing. My specialty was aliens, robots and monsters.

Dr. Seuss and Robert McCloskey were my heroes. I loved the rhythm of Dr. Seuss’ words and I was fascinated by the meticulous detail of Robert McCloskey’s illustrations. I had no idea back then that I’d end up writing and illustrating children’s books when I grew up.

After high school, I studied fine art at The University of Massachusetts at Dartmouth and graduated with a BFA in 1982. It took me a while to figure out what I wanted to do. First I was a waiter, and then I was offered a part-time job at a magazine for teenagers. Eventually I started drawing cartoons and illustrations for the magazine and my career as an illustrator was born.

For more than ten years I worked as a freelance illustrator specializing in art for kids. I was doing mostly editorial work and my illustrations appeared in magazines like Nickelodeon, Family Fun and Disney Adventures. One day I started thinking about drawing a picture of a boat stuck high up in a tree. I thought that would be a really funny and intriguing illustration. At the same time, a refrain kept running through my head- “Mr. Magee and his little dog, Dee/ Hopped in the car and drove down to the sea”. The combination of these two things eventually became my first book, “Down to the Sea with Mr. Magee” which was published in 2000. I’ve been busy writing and illustrating children’s books ever since.

Now I live in a beautiful, little town on the coast of Maine with my lovely wife Lori, my two tall sons, Ethan and Tucker and a yellow lab named Opal. Life is good."