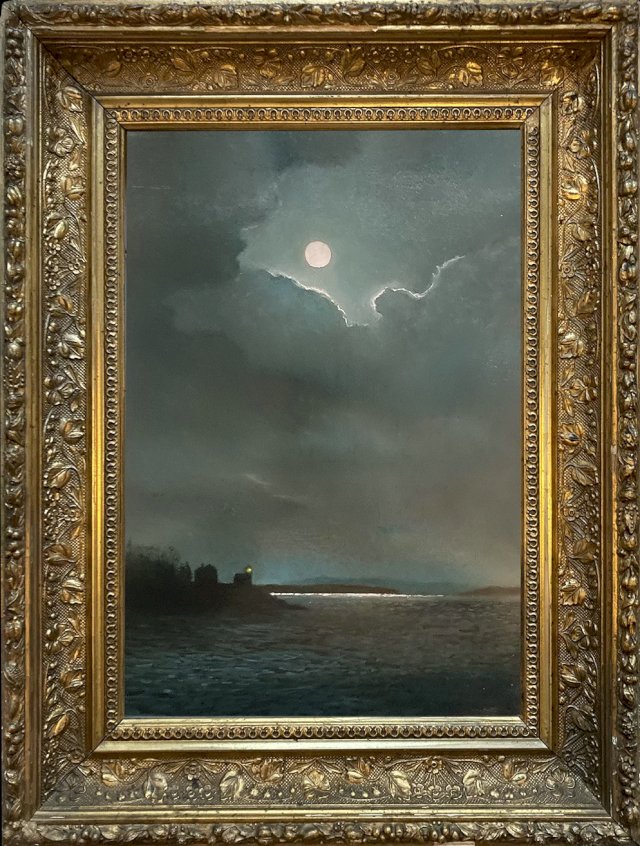 SOLD
Anneli Skaar
A Descent into the Maelstrøm
oil on canvas, 48x36" 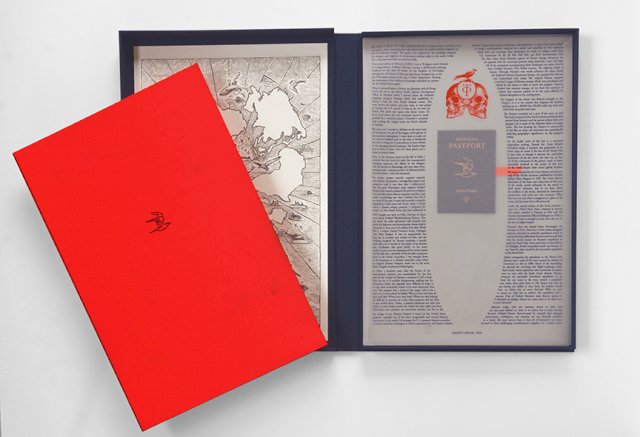 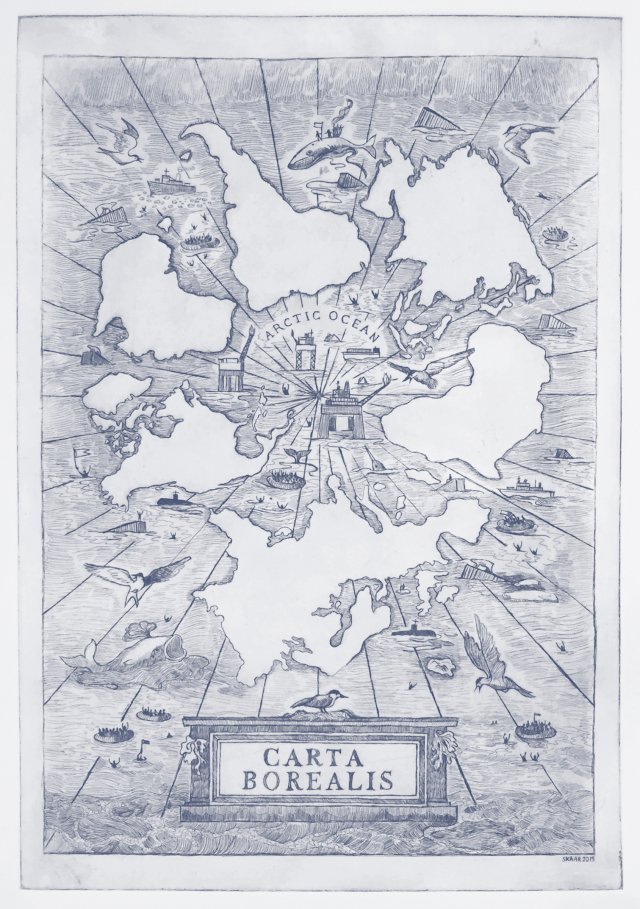 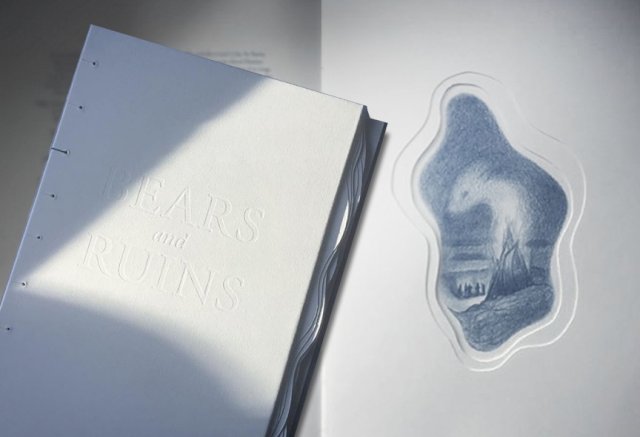 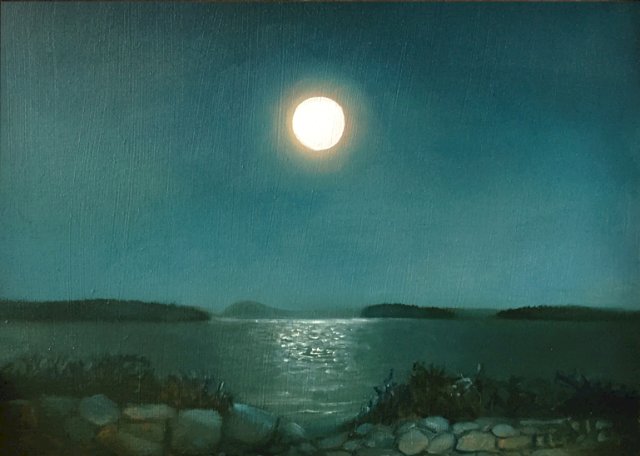 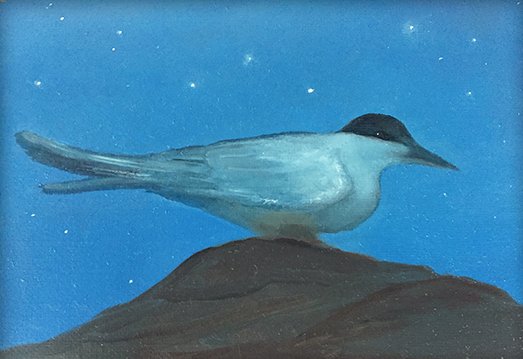 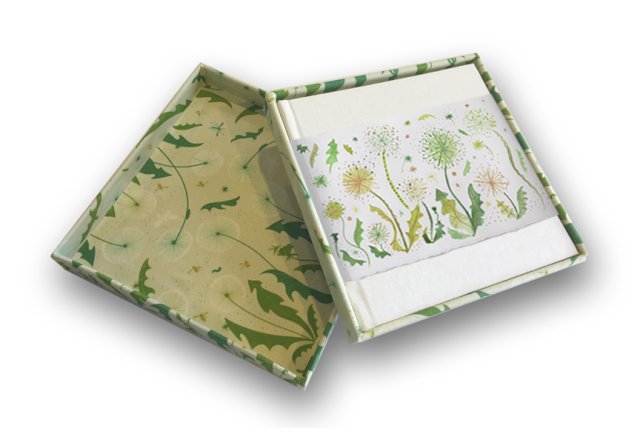 A first generation American, Skaar (born 1969) still holds a strong connection to her ancestral home in Scandinavia. Fluent in Norwegian, she moved to Norway from the San Francisco Bay Area, California, at 18, where she received her B.A. in graphic design and illustration at Statens Kunst- og Håndverksskole in Oslo in 1993 (today KHIO).

As an artist with an interest in arctic landscapes and themes, Skaar has participated in residencies at Galleri Svalbard at 78 degrees north in Longyearbyen, Svalbard, Norway in 2015; as well as a residency onboard an EIMSKIP container ship traveling from Portland, ME to Reykjavik, Iceland in 2016. She has gathered material for her work in Ilulissat, Greenland, in 2017, at the site of the largest, active glacier in the northern hemisphere and was awarded the Maine Media Workshop’s Book Artist in Residency in 2016 for which she produced the environmentally-themed fine press book Bears and Ruins. Skaar has also produced numerous talks and articles related to her work and travels in arctic regions.

Skaar currently holds the position of Creative Director for the Farnsworth Art Museum in Rockland, Maine.