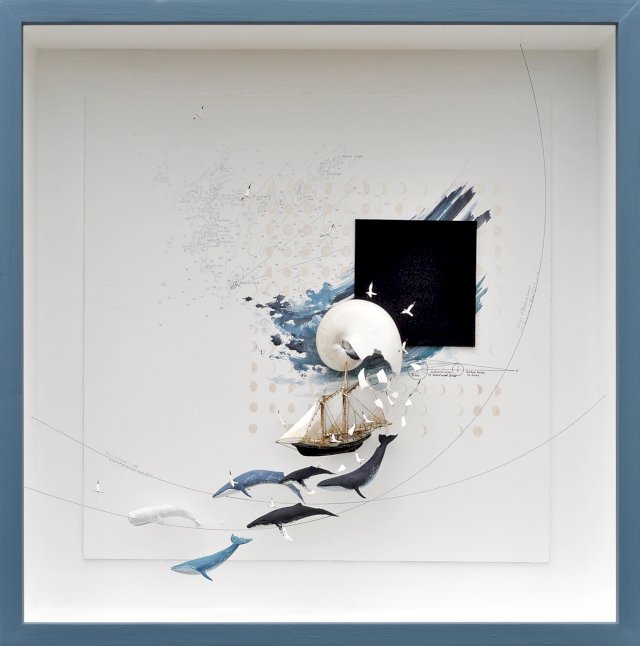 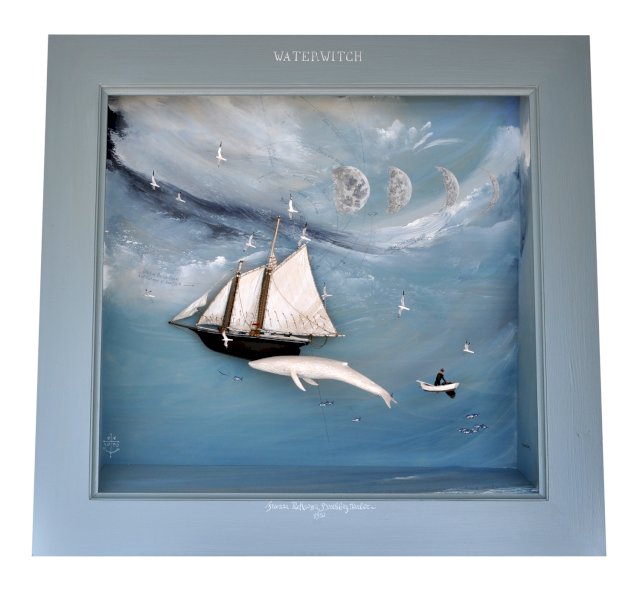 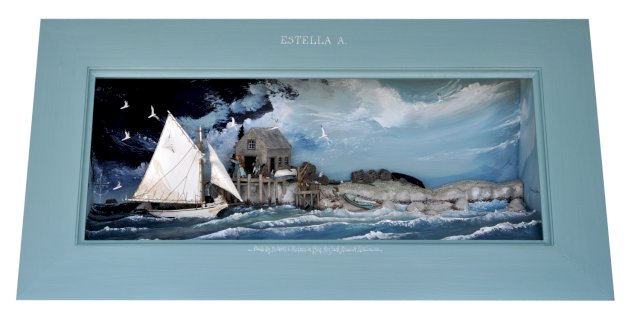 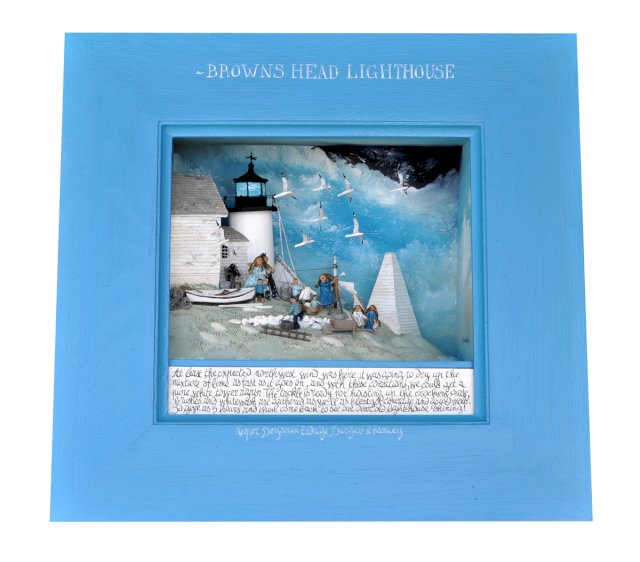 Anne Emmanuelle Marpeau, a French artist, creates shadow box dioramas of Maine's coastal history. Marpeau continues the artistic tradition nineteenth century sailors, describing her boxes as "ex-votos", a reference to folk art as a spiritual offering for safe passage across the ocean. Her scenes describe the heritage and history of eastern seaboard towns and seafarers. A. Emmanuelle Marpeau has received several awards from the Mystic Seaport Museum including an Award of Excellence, and in September 2019, the Thomas M. Hoyne III Award, given to the work that best documents an aspect of the marine fisheries industry of today or yesterday.

﻿The schooner Charlotte A. Beal, a "wet well" smack of Beal’s Island, Maine, went missing on a winter passage, and is thought to have come to grief in the dangerous country of breaking ledges off Seal’s Island.

1910 - ﻿In a desperately dead calm, Freeman McKown of Boothbay Harbor left his fine little schooner to set a trawl from the dory, and when a northwest breeze suddenly blew up the Waterwitch took heels. Boats gave chase, but by dark the schooner was well ahead, twenty-one miles east of Monhegan. Three days later, thirty miles east south east of Boone Island, she was captured by a Cape Cod fisherman.

﻿A friendship sloop built in 1904 by Robert E. McLain for Jack Ames of Matinicus.
Robert E. McLain built Estella A. on Bremen Long Island in 1904 and launched her on New Year's Day for Jack Ames of Matinicus, who named her after his one year old daughter Julia Estella Ames. When the sloop was built, she was the last word in offshore lobster boats... Handy in stays and still run easily before a sea. She is seen here in the gut between Wheaton Island and Matinicus.

﻿1882 - Whitewashing day for Benjamin Eldrige Burgess's family at Browns Head lighthouse in Vinalhaven, Maine.
At least the expected northwest wind was here: it was going to dry up the mixture of lime as fast as it goes on, and with these conditions, we could get a pure white tower again. The tackle is ready for hoisting up the crockery crate, brushes and whitewash are gathered as well as plenty of courage and good mood. So give us 5 hours and then come back to see our dear old lighthouse shining!