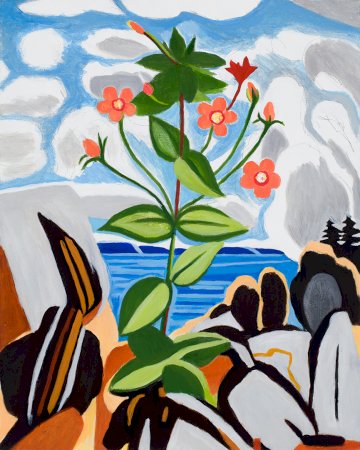 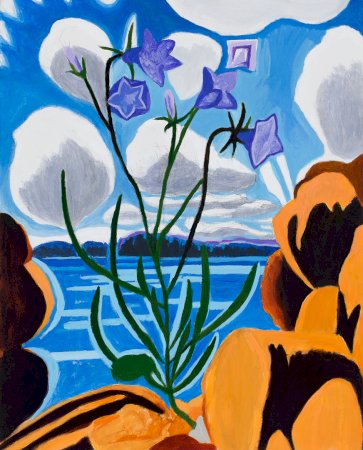 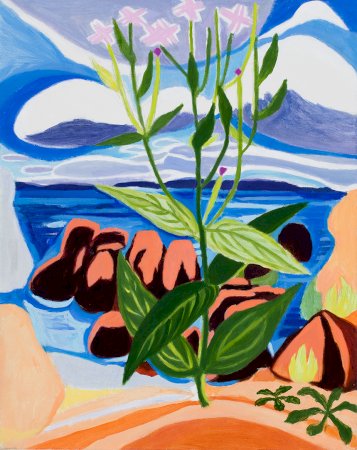 His work has been included in Biennial exhibitions at the Portland Museum of Art and the Center for Maine Contemporary Art. Nationally, he has been awarded a fellowship at the Fine Arts Work Center (2003-04), and residencies at the Millay Colony for the Arts (1999) and the Vermont Studio Center (1994). In Maine he has been awarded residencies at Great Spruce Head Island, Acadia National Park (2002), and Monhegan Island (Carina House, 2001). He was the Maine Arts Commission Visual Arts Fellow for 2007.

In 2015, he used a grant from the Berkshire Taconic Foundation to research medicinal and dietary uses of the plants that he depicts.

"Wildflowers often have a strong central stalk and appear solidly rooted in the ground, but as they reach upwards into the sky they explode outwards in a display of shoots, blooms, and seed-pods that release their contents up into the atmosphere. They are a perfect symbol of power and beauty in the natural world as their growth suggests an unstoppable life force expanding upwards and outwards."