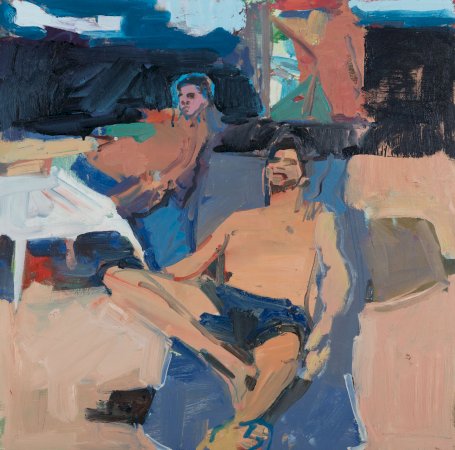 $5,600
Homage to the Mediterranean
Jennifer Pochinski
oil on panel, 24x24" 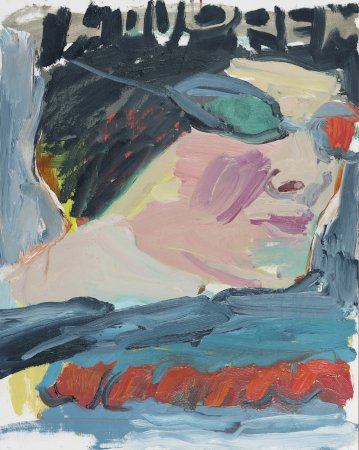 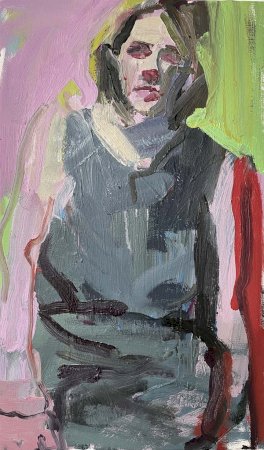 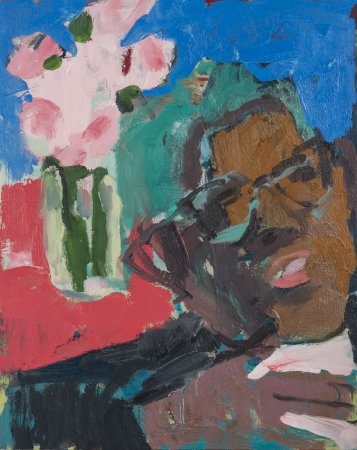 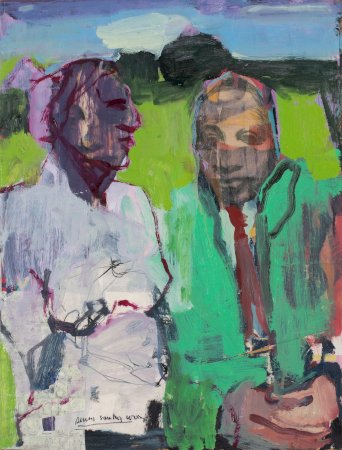 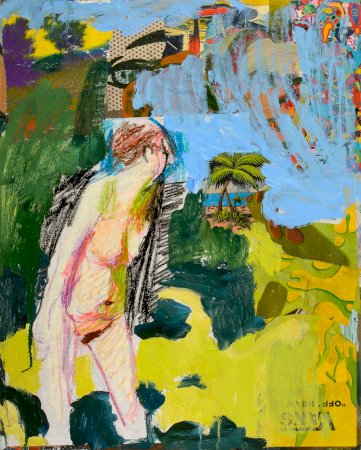 Jennifer Pochinski is an American figurative painter. Her work is characterized by gestural marks and color.  Relationships, the male-female power dynamics and humanity are key themes in her work.

She was raised in Hawaii and received her BFA from the University of Hawaii in Painting in 1991. Much of her young adulthood was spent traveling and living on the mainland USA and Europe. Since late 2010, she has been living and working in California. She has also exhibited in New York, London Los Angeles and Seattle. Her work has appeared in the Paris Review and Huffington Post.

“My studio practice is a space to fail. I have no specific method for painting. For years now I collect photographic imagery - figures. environments historical paintings. They give information that you cannot get from working from life. I used to feel like all my paintings should be like a live performance, that they were very much of the moment. It was impossible to sustain that approach. I now feel like an author, each day writing something that feels true to me. I hope to hit on something and at the end I put it together to make a story."